Posted on May 9, 2011 by mygeekblasphemy

Last week, I asked who your favorite horror movie icon was. The winner? 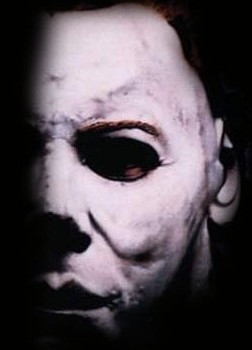 It wasn’t quite a landslide. Actually, Michael Myers was tied with Freddy Krueger all week, but at the eleventh hour, someone came in and voted for Mr. Meyers. A good thing for you Halloween fans, too, because if I had been the tie-breaker, I would have voted for Freddy. What can I say? I’m a sucker for a man in a fedora and a striped sweater.

Ghostface came in third place with a mere three votes. Pinhead and Chucky got nothing. I can’t say I’m surprised. They were both sort of an afterthought.

I’m not going to give you a traditional movie poll this week. For one thing, I don’t have a good movie question in mind. For another thing, I need help with something I’m working on.

I’m going to give you two brief scenarios gauging your willingness to kill people. (Aren’t you already intrigued? Isn’t homicide fun?) All you have to do is either answer yes or no to both questions. If you want to tell me your reasoning, that’s fine, but it’s also unnecessary.

This survey will be open one week like always. This is research for the novel I’m working on, so I really do appreciate your help : )

This entry was posted in MONDAY MORNING BLASPHEMOUS POLL. Bookmark the permalink.