For those of you who didn’t watch Waiting to Exhale with your mom when you were ten years old, there’s a scene where one of the characters, Robin, is lying in bed after a very underwhelming performance by her lover, Michael. Not that Michael thinks it was underwhelming, mind you. Michael is all, “Who’s the man? Yeah, I’m the man.” To which Robin wonders, “Does he think he did something? Shit. I could have had a V8.”

The following list centers around movies that were supposed to be the shit and . . . were not. At least, not for me.

Shakespeare in Love won best picture in 1998, and it won over Saving Private Ryan. (Not to mention Oscar snubs like American History X and Gods and Monsters.) And . . . why? There wasn’t anything that special about this movie. It wasn’t that interesting. It wasn’t that funny. It wasn’t even that romantic. I’m all for comedic movies getting more attention at the Academy, but this is not the film I would have picked.

And as much as I love Dame Judi Dench . . . how long was she in this movie? Eight minutes? That isn’t really a Supporting Role, Academy. That’s an award for Best Cameo.

Unlike most of the other films on this list, I’ve watched this one recently, so I can remember exactly what I didn’t like about it. Mainly, that the movie was long, infuriating, and just generally unpleasant to watch. When I say that I almost turned the film off halfway through, please understand that this is not something that I consider doing lightly.

I understand that Rosemary’s Baby was hugely influential, and that’s fine. But honestly? I was expecting a whole lot more from one of the supposedly best horror movies of all time. I couldn’t sympathize with the heroine, and her husband actually disgusted my feminist sensibilities to the point where I could barely stand to watch him on screen. I made it through (and LIKED) A Boy and His Dog. It shouldn’t even be possible to enrage my inner feminist so much that I can barely stand to watch your film.

Only you, Polanski. Only you.

The Official "Check-Under-The Hood" Pose. All mechanics learn this.

When the first Transformers came out, people were talking about it like it set off a new era of action movies. I read glowing reviews about this film, not just, yeah, this is a pretty fun action flick, go see it with your friends, but this is an incredible action flick. You have to see this movie.

So I saw the movie, and what I saw was a purely okay action film that was kind of uneven and boring for the first half of the film and kicked some ass in the last half hour. It wasn’t a horrible movie. But it sure as hell wasn’t anything special either.

And don’t even get me started on Megan Fox’s character. I’m not like all the other girls, okay? I know about cars, and I have daddy angst! That makes me deep!

Look, this wasn’t a bad movie. I didn’t detest it the way I detested Rosemary’s Baby, and it sure as hell was more interesting than Shakespeare in Love. But not unlike Transformers, it wasn’t the godamned messiah of superhero films, either. Actually, I always thought a good name for this movie would have been Spiderman 2: Jump, Petey, Jump. I mean, what else could they lay on the guy? Every scene I watched, another horrible thing was happening to our hero. I was just waiting for Tobey Maguire to give up and toss himself over a bridge, already.

Like I said, the movie’s not bad at all (Alfred Molina, in particular, is awesome) but I was never in love with it the way most people were. I can’t really condone remaking movies that were made less than a decade ago, but I am somewhat hopeful that the new Spiderman will at least be a little funny (and not a total angst machine) the way I seem to remember him being in the cartoon. 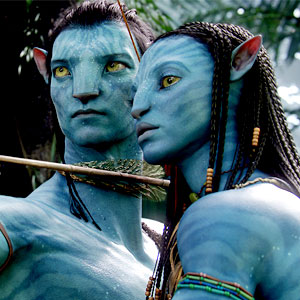 Avatar is not a horrible movie, it’s not. It’s relatively entertaining, and it has some good action scenes, and it was an okay experience in theater. Avatar earned every special effects win it got at the Oscars. But a Best Picture nod? Are you kidding me? The acting was so-so . . . the women did the most of the heavy-lifting, while their lead actor did shit . . . the dialogue was mediocre at best, and the story is so old that you don’t even have to watch it to know exactly what happened. Did you see Fern Gully? Pocahontas? Dances with Wolves? You have seen Avatar. It is, in fact, quite possibly the most two-dimensional version of this story that’s ever been told. I’m honestly a little surprised that the military guys didn’t decide to pull out black hats and mustaches just for the hell of it.

And don’t even get me started on the unobtainium. For Christ’s sake.

My God, I was bored with this movie. I’m sorry. I’m all in for The Road Warrior, but I don’t get why everyone loves the first installment in this series so much—it’s uneven as all hell, and it is painfully slow. I spent almost the entire movie waiting for the revenge story I had been promised, and I might have been able to deal with the slow build if anything during that build had been remotely interesting . . . but it wasn’t. Honestly, I think I prefer Beyond Thunderdome to the first movie. Sure, it’s the most bizarre mismatch of the Lost Boys with Tina Turner that you’re ever going to find on film, but by God, at least it’s entertaining. 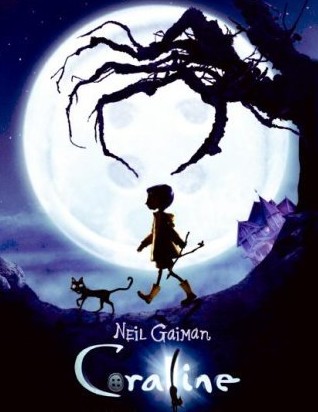 This one’s a little tricky because I read this book long before I saw the film, and I could have easily saved it for a Worst Adaptation list instead of the V8 list. The reason it’s here instead is this: I honestly don’t think I would have liked this movie, even if I hadn’t read the book prior to seeing it.

I can deal with most of the changes that the movie made. Sure, Wybie’s entire character is solely made for the film and is, in my opinion, utterly unnecessary, but I can get over that. What I can’t get over is the fact that Coraline’s an annoying little shit. Everyone I have ever talked to loves this film, and I cannot understand why they don’t want to slap the little girl across the face. She isn’t precocious and relatable like she is in the novel. She’s a whiny and ungrateful brat who I don’t feel the least bit sorry for.

I get that this is wildly different material for an animated film, and I’m all for darker children’s stories (seriously, the book’s even creepier than the film, it’s simply superb) but this one isn’t dark or interesting enough for me to ignore the fact that the protagonist is a little spoiled snot who I can’t stand.

I’m not sure it gets more blasphemous than a zombie enthusiast who doesn’t like the original Dawn of the Dead, but the truth of the matter is that I’m a story first, message second kind of person (I’m sure there are exceptions, but I can’t think of anything offhand) and this film isn’t about this band of survivors or even zombies, really—it’s only people are stupid; consumerism sucks; people are stupid; consumerism sucks, over and over and over again until I’m unconscious from pure boredom.

I’m not trying to say that movies can’t have subtext. Hell, I’m not even saying that they can’t have a Big Inspiring Message (or, for that matter, a Big Depressing Message). But I don’t like to be preached to, and some of Romero’s films come off to me not as stories but as sermons. And if you’re going to give me a sermon, by God, it better be the best, most exciting sermon of my whole freaking life. Which, Dawn of the Dead was not. I much preferred the first film in the series.

I should point out, though, that I do eventually want to try this again—perhaps when I get up the gumption to do an entire day and night long marathon of all Romero’s zombie movies. I suspect that I won’t like much after the first two hours, but maybe watching them in a row will tie them together for me in a more meaningful way.

This is another one that I do actually want to try again at some point . . . I mean, so many people I know love it, even some people whose opinions I actually respect . . . but I was so underwhelmed by this movie. I mean, I didn’t hate it, exactly. It wasn’t a bad film. There were elements I liked—Francis McDormand, mostly, and . . . well . . . the wood chipper, of course. But I just didn’t really care about the majority of the film. I sat there, waiting to feel engaged with the story, waiting to be involved in a mystery or concerned for one of the characters or have some kind of emotional or intellectual reaction to the movie . . . but I felt so disconnected to the film that after it was over, I was totally numb to the whole thing. I don’t know if I’ve ever had quite such an apathetic response to a film, certainly not one as beloved as Fargo.

So . . .that’s it for now. Happy to have someone finally on your side? Enraged that I have completely ignored the utter brilliance of your favorite film?

You know where the comments section is.