I must say, I’m a little surprised by the results of the polls this week. First, let’s begin with the Best Stephen King Adaptation:

For most of the week, the competition seemed fierce between The Shawshank Redemption and Carrie, and I had a sneaking suspicion that by the end of it, I’d be hunting around for a good picture of Mr. Andy Dufresne. However, over the weekend, Stand By Me made a stunning comeback . . . stunning not because it was undeserved but because it was in a relatively distant fourth place at the time.

So Shawshank took a very close silver, Carrie took bronze, The Shining took . . . I don’t know, copper??? . . . and everyone else got a thanks for playing, folks, but you’ve got nothing on Rob Reiner, so sayonara, bitches. (Especially The Dead Zone, The Green Mile, and Pet Sematary, none of which got any votes at all.) 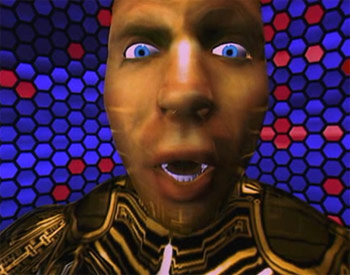 I have never seen The Lawnmower Man or read the short story that it’s based on, but despite its horrible 90’s graphics—and, admittedly, they are pretty atrocious—I didn’t think this one would take gold, not over the travesty that is Dreamcatcher. But gold it took—conquered, even—relegating Dreamcatcher to silver and Children of the Corn to bronze.

To my immense surprise, Maximum Overdrive—which makes EVERYONE’S top ten worst list—didn’t get a single vote, perhaps because it is so gloriously cheesy and awful that people like it despite themselves? I don’t know. I haven’t seen it yet, but it’s free on Comcast right now, so I may be watching it very soon.

In conclusion: thumbs down, Jeff Fahey, but thumbs up Wesley Crusher!

6 thoughts on “The Best And The Worst of Stephen King Movies . . .”