This is a few days late, so I’ll throw in a couple of extra trailers and bits of news for your viewing pleasure.

This could be interesting and quirky and moving . . . or it could be corny as all hell. Frankly, the U2 automatically makes me think the latter, but I guess I could potentially see it someday . . . but in theater? No fucking way.

Now You See Me

In lieu of actually having a picture to show you . . .

I have to see this movie now. Too bad imdb has it listed to come out in 2014.

I do like John Cusack. I find him enjoyable. I will continue to love Grosse Point Blank until my dying day . . . but I do have some questions about the actor’s range, and watching his version of Poe is a little like watching Robert Downey Jr’s version of Sherlock Holmes, only, well, worse. A lot worse.

And I suppose I should have expected this plot line. They have done this basic story in NCIS, Castle, Bones, and  . . . One Life to Live, maybe? It was either that or General Hospital. I can’t remember which one my mom was watching. Possibly both. I sincerely hope, however, that we get to see the bad guy’s POV near the end of the movie, where he can hear the sound of someone’s heart beating underneath the floorboards. The Tell-Tale Heart was always my favorite Poe.

I’ll probably end up watching this one out of sheer, morbid curiosity. Maybe it’ll be a silly good time. I’m just, uh, not exactly expecting much. 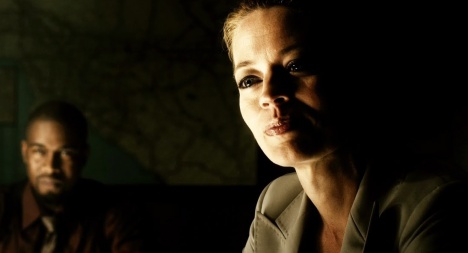 This is super early and totally not a done deal, but there might be a movie remake of Mortal Kombat by the people who made the recent web series. I haven’t actually seen all of the web series yet, but I’m kind of interested in the film remake, anyway. Don’t get me wrong: I love the original movie in all of its cheesetastic glory, but seeing a darker, grittier, gorier version . . . cause, let’s face it, those aren’t exactly G-rated games . . . well, that could be very cool.

Okay, this might end up being like every other independent, clever, depressing, dysfunctional, amazing-girl-saves-loner-boy high school family drama out there, but . . . to hell with it. I’m interested in this one. Admittedly, the plot sounds horrifically melodramatic: Norman’s mom is dead, his dad is dying of cancer, and he’s busy falling in love with The Girl of His Dreams. Oh, yeah, and for some reason, everyone thinks Norman is the one with cancer. Yes. That’s going to end well.

But the trailer has a decent amount of humor to it that I found enjoyable. I’m also a big fan of this cast: I really like Dan Byrd a lot, I’m enjoying Emily Van Camp on Revenge right now, and Richard Jenkins is just so clearly awesome . . . so yeah, I think I’m going to try this one out.

If you’ve never heard of this book, just know it’s often referred to as the R-rated Harry Potter. (Although, frankly, I think The Chronicles of Narnia was the slightly more important inspiration.)

I had mixed feelings about The Magicians, and I haven’t quite managed to make myself read the sequel yet—I might need a few more months off before I have to delve back into Quentin’s existential whining again—but I actually am interested in the proposed television show. It really is a very interesting novel with a lot of cool stuff, and if they can make the protagonist a touch more sympathetic in certain parts, it could be kind of great.

I am concerned with how they’ll show magic, though. One of the best things about this book is how hard (and how boring) magic is supposed to be to learn. You have to be incredibly smart and study incredibly hard to do it. (The power of love does not enter into the spellcasting process, so sorry, Lily Potter.) I’m a bit worried that they’ll make the whole learning spells stuff too easy and too flashy, which would kind of defeat the whole purpose.

I’m just going to steal the summary from slashfilm, since it pretty much says it all: “Described as ‘Kick-Ass meets Saw,’ Vs revolves around a quartet of young superheroes who are forced by their archnemesis Rickshaw (James Remar) to pass a series of deadly tests, lest he destroy the 100 innocent civilians he’s kidnapped.”

Honestly, I’m surprised that they waited more than 24 whole hours before announcing this project. Creeps.

If you’re interested, more info can be found here.