Well, this is a first. We have a three-way tie for your favorite Alfred Hitchcock movie. But you all know how I feel about first place ties, so your winner is . . . 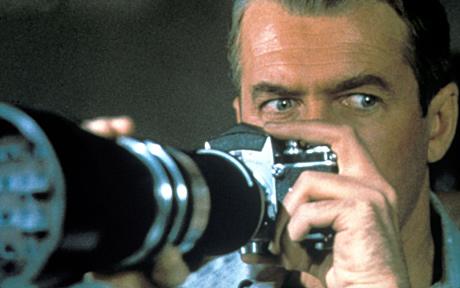 Rear Window is my personal favorite Hitchcock film, so I was happy to see that it made a surprising comeback at the last minute. I think I first saw it in one of my film history classes and fell in love with it immediately . . . despite Jimmy Stewart’s somewhat aggravating voice. I don’t know, there’s just something irritating about it. James Roday does a hilarious two-second impersonation of it, though, in an episode of Psych.

Second place goes to Vertigo and Psycho, which both scored six votes each. If Rear Window hadn’t made a last minute comeback, I’d have had to vote for Psycho simply by default. I haven’t seen Vertigo, or at least, I haven’t seen 98% of Vertigo. One of my English teachers in high school wanted to demonstrate a principle of something or other and had us watch the last five minutes of the movie. The last five minutes. You don’t watch the last five minutes of a mystery! That’s horrible! I was so pissed. He also forced us to read someone’s introduction for The Great Gatsby before we read the book, and it told you what happened at the end. Mr. Schaut, I’m here to tell you: you’re a good teacher and beloved by many students for your zany enthusiasm for what you teach, but you have absolutely NO respect for spoilers, none at all.

I do like Psycho quite a bit, though. It’s been years since I’ve seen it all the way through, but I love Anthony Perkins in it. He does creepy oh so well. 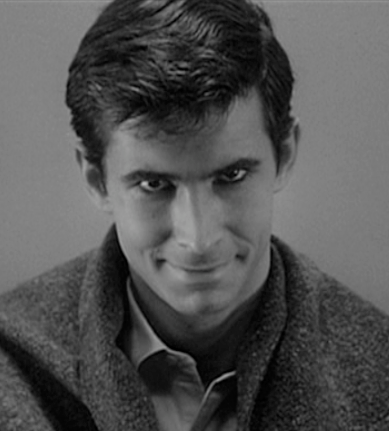 "A boy's best friend is his mother."

Third place goes to The Birds, which managed to score three votes. North by Northwest picked up a couple as well, and Dial M for Murder and The 31 Steps each got a single vote. Very last place is awarded to Strangers on a Train, Rope, Rebecca, Shadow of a Doubt, and Notorious. None of them were loved at all. Or at least voted on—I actually enjoy Rope a lot, despite (once again) Jimmy Stewart’s somewhat aggravating voice. It’s sort of an odd movie because it’s very much shot like a staged play, but it’s really interesting nonetheless. I hate to say it, but I’d actually be curious to see what a remake looked like.

In other news, it’s my birthday today, which means two things: one, chocolate cake for breakfast, and two, I don’t have a new poll for you today. I forgot to come up with one over the weekend, and I don’t feel like trying to hastily put one together now. So we’re having a one-week poll hiatus. I will, however, try to get out my ridiculously overdue review of Immortals out in the next couple of days. I know you’re all dying, just dying, to read it.

Feel to free to find some chocolate cake while you wait.

8 thoughts on “The Masterwork of the Master of Suspense?”