. . . and not in the wow, you just did a really great depressing episode kind of way, more in the dammit, you’re making me question whether I really want to bother watching you anymore because you could be so much BETTER than this kind of way. 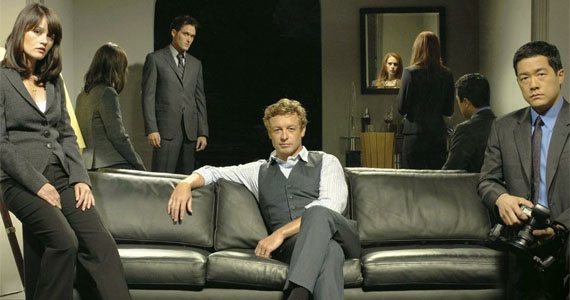 Bad shows are just bad shows, but okay shows that could be AMAZING shows? They are the saddest things of all.

For disillusionment, disgust, and annoyance, please continue. Mind you, there are spoilers for “The Crimson Hat” and all prior episodes.

So, I’ve watched The Mentalist since the first season, and the show has always had some ups and downs for me. I considered abandoning it in season two, but my love for the supporting characters—particularly my love for deadpan Cho—kept me invested despite my irritation with the ridiculously powerless Teresa Lisbon and the I’m-so-amazing-that-I-never-suffer-consequences-of-any-kind-no-matter-how-insane-I-act Patrick Jane.

So, I stuck with it, and boy was I glad I did when I hit the season three finale, “Strawberries and Cream, Part II.” This episode might have been my very favorite season finale on television in all of 2011—okay, outside of “Bloody Harlan,” which would have been pretty near impossible to beat. Still. That’s a big feat.

Why was it so amazing, you might ask? Well, if you’re reading this just because you love me and know very little about the actual show itself, let me sum up the overarching plot of The Mentalist for you: Patrick Jane—who used to have his own fake psychic show on TV and would, occasionally, consult for the police—rather stupidly insulted a serial killer called Red John on national television. In retaliation for his hubris, Red John murdered Jane’s wife and little girl. Jane ends up consulting full-time for the CBI (California Bureau of Investigation) while also trying to track down Red John in order to get his revenge. That’s the show in a nutshell.

Now, Red John has accomplices—like eighty of them—and every time a new one pops up, the show gets just a little more tired and thin because, honestly, there’s only so many times an evil pawn can show up, say something cryptic, and die before telling anyone anything important. So, that’s why I was so happy when Season Three ended with Red John actually showing his face. 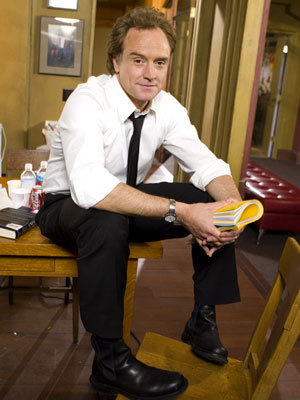 You might remember him as Josh Lyman from The West Wing.

And if you didn’t see this episode, then you just don’t know how perfect this bit of guest-casting was. Whitford was . . . Whitford was incredible here. Watching him and Simon Baker square off in the middle of a food court . . . there was an intensity in this scene that this show often sorely lacks. Plus, Whitford managed to make Red John’s high-pitched, nasal voice actually work and come off as menacing instead of just annoying (as it did the first time we heard it, back in Season Two).

There was no beating Bradley Whitford as Red John. Honestly, just introducing him would have been enough for me, but The Mentalist went even further—Jane actually killed him, just up and shot him in the back, the way Jane always said he would. This was one of the ballsiest things I’ve ever seen on network television, certainly on CBS, which will often flirt with darker subject matter but almost always seems to back off when it comes to protagonists doing anything morally ambiguous. I hate to use this word because people (boys especially) like to bandy it around so much that it loses its meaning, but I really respected The Mentalist for doing something so dark and intriguing and brave. I was so incredibly excited to see what season four would bring.

Well, it brought suckdom. At least, as far as Red John is concerned because when season four came out, the creators decided to take back all that was awesome about that whole finale and ruin everything by saying that Bradley Whitford wasn’t really Red John, just yet another one of his accomplices. 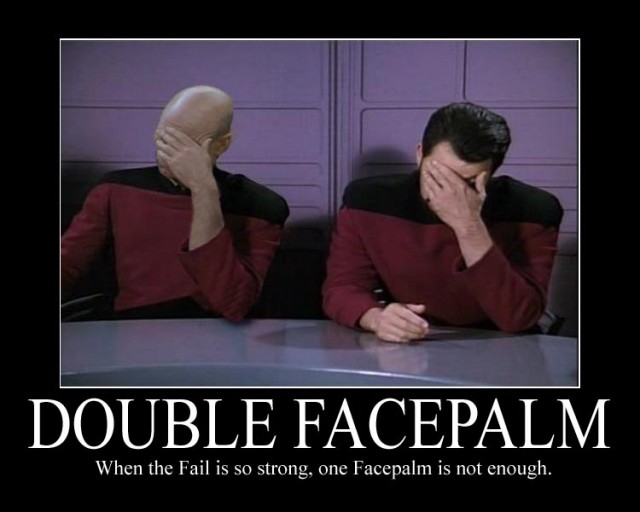 This might be my new pic for every time a show or movie disappoints me with such ridiculous BS.

I swear to God, I came so close to giving up on this show that day.

I stuck around for the distant hope that maybe Jane had just fooled himself into believing that Red John was alive, that Jane’s quest for revenge had become so much a part of him that he didn’t know what to do without it. And honestly, the season wasn’t a complete wash—far from it, this might have been my favorite season to date because it gave actual, individual story lines to all the supporting characters: Rigsby, Van Pelt, and of course, Kimball Cho, one of my favorite supporting characters of all time. Any episode that centered around one of them, I loved. (Well, not the one where Van Pelt has a concussion and sees her dead fiancee who was actually another one of Red John’s pawns because that was just idiotic, but every other episode. There were actual arcs for the characters to go through. Do you understand how rare that can be for a supporting character on a procedural like this?)

But Red John was not a figment of Jane’s tormented imagination—he was real and alive and very much not Bradley Whitford. Who did he turn out to be? Well, who fucking knows. The season four finale was a two-parter that had Jane having a nervous breakdown and spiraling of control . . . wait, this was just an elaborate set-up to ensnare Red John? Gee. You don’t say. Anyone who’s watched television before ever could have figured that out. And then when he’s approached by the cocktail waitress and sleeps with her and she also is an accomplice of Red John . . . shocking. No, really, let me just pick my jaw up off the floor—I’m so, so . . . Jesus, I don’t even have the energy to be sarcastic about this anymore.

Jane ends up meeting Red John in a limousine where Red John is sitting in the back seat. You can’t see him, of course, because it’s dark. The cops come to save the day and corner Red John—but oh noes, he was never really there. The guy in the back was Wainwright, this season’s CBI boss guy, who had been tied up and gagged with a phone hanging around his neck. Now, the cops shoot the shit out of the limo, and Wainwright dies, which is a little sad . . . but only because it’s a horrible way to die, not because anyone cared about him ever.

So at the end of season four, Red John still hasn’t been caught. He still hasn’t been identified. The only thing that changed because of this? The CBI now has Lorelei, Red John’s most recent accomplice that Patrick Jane banged the other day. And that might be an interesting development . . . if the CBI hadn’t already caught a number of Red John accomplices, who were all quickly murdered in police custody by the all-powerful Red John, of course. If Lorelei makes it three episodes into season five, I will be surprised.

Look . . . I understand the motto “if it ain’t broke, don’t fix it.” I get it, but guys . . . television shows need change. They need to develop over time. I’m a sucker for procedurals because I have a guilty pleasure need for mysteries and banter and silly, angsty backgrounds, but at some point in the series, you have to move things along or else I get bored and give up entirely. The Mentalist stunned me in season three . . . I mean, I was so, so impressed . . . and then they took it all back and gave me this instead? The show can have a life after Red John. It really can. There’s so much potential here . . . but they just keep dragging it out, dragging it out until it is all but ridiculous now.

And I literally just read an article online where the creators of the show say that they have no intention of revealing Red John’s identity for the next couple of seasons . . .

I’m sorry, but I think I might officially be giving up. Even for Cho . . . I don’t think I can do it anymore. 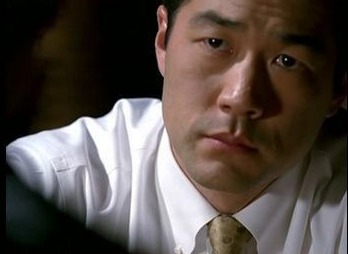 I’m sorry, Kimball Cho. I will miss you dearly.