Star Trek: The Next Generation is often (although not always) considered to be the best Star Trek show out there. (TOS and DS9 are also usually in the running, whereas Voyager and Enterprise fans are left out in the cold, forced to covertly seek out their own kind at Star Trek conventions, with secret, clever hand signals that indicate their allegiance without also giving away their deep, dark secret to the other Trekkies, lest they be mocked and then promptly eaten.)

Nobody wants to see a remake of TNG. It’s not necessary. Even I don’t really want to see it.

But I’ve cast for one anyway.

Sometimes, it’s entirely too much fun to put your head in the lion’s mouth and say, “Dare you.”

“Let us do no such damn thing.”

I thought casting Jean-Luc Picard would be impossible, but Isaacs was actually one of the first actors we decided on. Besides fulfilling the grand tradition of casting English actors in French parts, Jason Isaacs is a wonderful actor with a great range. I can easily see him being completely irritable—as Picard so often is—or giving counsel to his crew, or even reciting Shakespearean sonnets to Betazoid women and threatening the Ferengi men who hold them hostage. Isaacs has the charisma and the talent to hold the lead in such a large ensemble, and those pretty blue eyes don’t hurt him any, either.

And yes, I know. He isn’t bald. And you know what? We aren’t going to shave his head, either, because I suspect that would just look weird. Jean-Luc Picard will have hair in this remake. Oh, the humanity.

I fully expect to get some serious shit for casting Pacey Witter as Commander Riker, but I actually really like the idea. For starters, he isn’t just Pacey Witter, Dawson Creek haters; he’s also Peter Bishop, and he does a really damn good job on Fringe. Jackson has both the snark and the swagger to play everyone’s favorite ladies man, but he can also turn off the charm when he needs to and be authoritative as well. I can also see Jackson and Isaacs playing off each other with surprising ease.

Plus, he can be clean-shaven for first season and grow his scruffy beard for second! Isn’t that wonderful? I think it’s wonderful.

“Could you please continue the petty bickering?”

Cillian Murphy looks absolutely nothing like Brent Spiner and would probably give a somewhat different interpretation of the android we all know and love . . . but I think I like him anyway. I can easily see Murphy with his big, guileless, blue eyes stating fact after fact after fact until someone (re: Picard) finally tells him to shut up. Data doesn’t feel emotion, but he still can’t be played by someone who’s flat—he has too many scenes where he’s trying to learn humor, or doubling as evil Lore, or getting blessed with a moment of gut-busting laughter. Cillian Murphy and his ridiculously sculpted cheekbones can be expressive as hell—but I think he can also pull back, when he needs to, which would make him pretty great for Data.

“Sure is a damn ugly nothing.”

Kind of the opposite of Picard . . . I though Geordi would be one of the easiest people to cast, and in the end, I struggled with him for weeks. Dule Hill’s name came up early, but I was reluctant to pick him at first because . . . well, because he’s Gus. But then I had to remember, he wasn’t always Gus from Psych. He also used to be Charlie from The West Wing, and Charlie had a much quieter sense of humor that would work well for Geordi, I think. Our blind engineer doesn’t have a ton of character traits, but he is certainly affable, and I think Hill could portray that with relative ease. I also think that they should totally play up the relationship between Geordi and the ship’s computer, cause seriously, there’s a whole secret love affair going on between those two that you know not of. (And just for the record, I think the computer should sound like this, at least to Geordi. Maybe it could be a different voice for everyone else.) 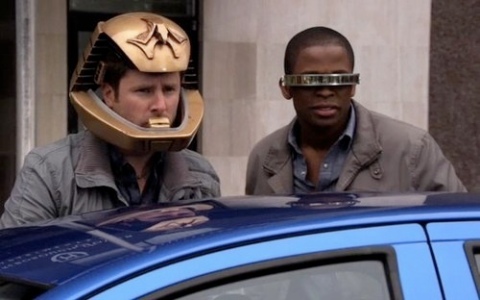 Because Idris Elba is a badass. Seriously. I didn’t properly appreciate Worf as a kid, but I have grown to love him as an adult, and I couldn’t have anyone less worthy playing him. Hopefully, in the remake, the showrunners will remember that Worf should probably win some fights, lest we have another montage like this, but . . . yeah. Elba’s a good actor, he’s got the right physique, and his American accent is pretty good. I think he’d make for a pretty awesome Klingon security chief.

“It’s not just a matter of taste. It’s the whole experience. First of all, you have to spoon the fudge around the rim, leaving only the ice cream in the middle. Then, you gently spoon the ice cream around the sides, like you’re sculpting it. Relish every bite. Make every one an event.”

Okay, I should be honest: the first quote I really think of when I picture Deanna Troi is this: “Where are yooou? I have to find yooou! I have to tell yooou!” (I must be one of the only Trekkies on the planet who actually enjoys “Night Terrors.”) But I just love Troi’s little love song to chocolate. I had to go with that.

I’ve always like Deanna, despite the fact that the writers give her almost the worst dialogue in all of Trek. (The worst probably goes to Wesley.) I tend to like her storylines, and I think there’s a lot of unexplored potential in her character. I would love to give Cote de Pablo the opportunity to play someone softer than Ziva—I have no doubt she could do it—and I know she could play up Troi’s awesome moments of complete irritation. I’d also like to see her against Joshua Jackson. Hopefully, in the remake, they wouldn’t drop the whole imzadi thing off the face of the earth.

I love that line of reasoning. I just love it.

Crusher has some good moments, but overall, she has always been one of my least favorite Trek characters, maybe because I just don’t care for Gates McFadden, or maybe because Beverly has the personality of a coconut. Casting someone as awesome as Elizabeth Mitchell could only serve to make the good doctor more interesting. At the very least, she could make her seem a bit stronger and more competent. What does Crusher even do, other than talk to her son, occasionally flirt with Picard, and wave a medical tricorder around?

And yes, I’m sure she could dye her head red. Mitchell seems to have the coloring for it. 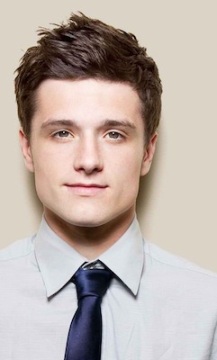 “No, I wasn’t prepared at all. How can anyone be prepared to hear a parent isn’t coming home?”

See, that line above? There’s nothing wrong with that line. That line is perfectly respectable, even hints to a bit of character development. Sadly, that’s not the kind of thing super-genius-and-so-earnest-you-just-want-to-die Wesley Crusher normally gets to say. Instead, he gets stuck with shit like this: “I’m with Starfleet! We don’t lie!”

If TNG were ever to be remade, I would have suggestions to make, things that I think could have been better, certainly things that could have been darker or more complex. I don’t think Wesley needs to be darker, exactly—I’m not looking for a tragically misunderstood, emo Wes—but it would be helpful if he came off as a person instead of as a cartoon. And while I was not entirely happy with Peeta’s transition from book to film, I think Josh Hutcherson has shown that he can play a sincere character like Wesley and keep him from being, well . . . awful. You know, he can still be a nice, super smart, little momma’s boy who needs to learn the ways of the universe. Just, maybe he can say something funny or ask interesting questions or be something other than a very bad hook for the younger demographic.

“Deanna, I love you, but you do make everything sound like an epitaph.”

Because for an older woman, Shohreh Aghdashloo is damn sexy. She’s also a good actor with a great smile and seems to have a decent sense of humor. I’m sure she could balance Lwaxana’s imperiousness (“Daughter of the Fifth House, Holder of the Sacred Chalice of Rixx”) with her flirtatiousness. I can easily see her waltzing around, annoying her daughter, and constantly flirting with Jason Isaacs. God, the image of that alone just makes me smile.

I love Guinan. Possibly because it was something very different from what I’m used to seeing Whoopi Goldberg do, or possibly because she has the most awesome hats ever and I’m completely jealous of them. I don’t know that the role is so hard to play—as long as you can seem wise and compassionate without being utterly annoying—and thus I’m casting Aunjanue Ellis, who I’ve really only watched in The Mentalist but who I really liked in The Mentalist. I have faith in her range, and I’m sure she could play a softer character than Madeline Hightower. I also would love to see her in the moments where Guinan isn’t so soft, like when she’s confronting Borg. Or stabbing Q with a fork.

“Oh, you’re so stolid! You weren’t like that before the beard!”

After watching Justified, there was no doubt in my mind in my mind about the next Q. I would love to see Neal McDonough play a little trickster god. (Okay, not literally, but practically.) I can easily see him bouncing around, dressing up in various costumes, snarking at people, and making Picard’s life a living hell whenever possible. He has the most perfect, impish little grin that would be perfect for Q. I almost want this reboot to be a real thing, just so I could see him pout when he loses all his powers or snap his fingers and turn everyone into Robin Hood characters.

God, McDonough would be awesome.

I guess that’s it. Well, fellow Trekkies—and particularly my friends from Galaxy: have I lost all respect in your eyes? (Assuming I had any to begin with, of course.)