On . . . Tuesday. In the evening. Because I was exhausted yesterday, okay, people? Stop pressuring me!

Ahem. Anyway, a few people mentioned that they missed my random polls, so I thought I’d start them up again. (Although they won’t be every Monday or even every Tuesday. I don’t want to get burnt out again.) As far as today’s poll goes . . . well, I thought we’d start with an old standby: superheroes.

We’ve had some pretty awesome superhero movies over the last ten years. 2012, in particular, has been a particularly good year for them: The Avengers, The Dark Knight Rises, The Amazing Spiderman. (Okay, I haven’t seen The Amazing Spiderman yet. But I’ve heard from some trusted sources that it’s pretty cool, and I have some hope for it.) Also Chronicle — not a traditional superhero film, I’ll grant you, but a very intelligent origin film. Even before 2012, though, we had some good ones: X2, Batman Begins, The Dark Knight, Thor, Iron Man, etc.

But they can’t all be winners.

I originally intended to make this poll about the Worst Superhero Movie of All Time, but there were way too many nominees for that to be an option, which is why you won’t be seeing this movie on the ballot. 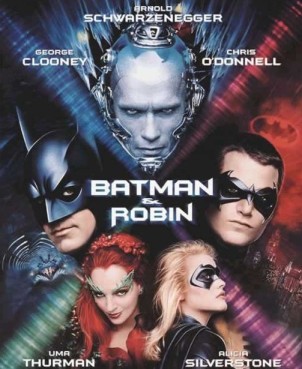 It would probably slaughter the competition, anyway.

Still, even cutting out everything prior to 2002 left me with a lot of nominees. If you don’t see what you consider to be the suckiest superhero film in the whole world, feel free to comment. And then vote for one of the actual choices anyway because your comments, while lovely, don’t actually count. Sorry.

Voting ends on Monday, August 27th, whenever I wake up. Results should be posted shortly after.

13 thoughts on “The Monday Morning Blasphemous Poll is Back!”