This wasn’t quite the vicious fight I had imagined it being.

Your least favorite superhero film of the last decade? 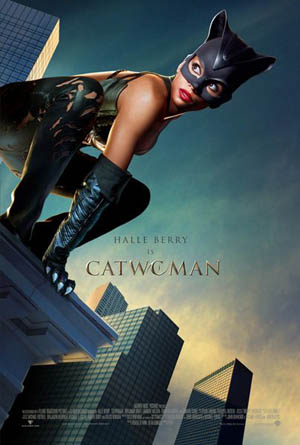 I thought this might end up being a three way tie between Catwoman, The League of Extraordinary Gentlemen, and The Spirit, but Catwoman crushed its competition — in a manner of speaking — with just over forty percent of the vote. And despite my initial surprise, I can’t say that I actually disagree. This is a terrible movie. This is an insult to terrible movies. I didn’t expect it to be good and yet it was somehow so much worse. Thankfully, presumably to protect my sanity, my brain has blocked out most of the film for me — I have vague memories of Frances Conroy explaining something about reincarnation and Bast, and that is enough to haunt me for the rest of my life.

A very distant second place is awarded to four different movies: The League of Extraordinary Gentlemen, Fantastic Four 2: Rise of the Silver Surfer, The Spirit, and Green Lantern. Each of these films only managed two votes, despite how hated so many of them are. Like I said, man, Catwoman dominated. Third place is another tie between X-Men: The Last Stand, Ghost Rider, and The Punisher. Each movie got one vote.

Elektra, I want you to know: you got off light. I still hate you. Just . . . not quite as much as I hate a Catwoman movie that’s not about Selina Kyle.