So, today you get to hear all about the novel I’ve been working on for about two years now. Why, you ask, am I   writing about this now? Because Cory Skerry (my friend, fellow Clarion West classmate, Slush King, and pitbull advocate) tagged me in this post about my current  work-in-progress.

And like Cory, I may have altered the questions just a little.

1. What is the title of your future Hugo award-winning novel?

The very best thing about this title is that I have always been complete shit at rolling my R’s, so that when everybody wants to interview me about my complete and utter masterpiece, I won’t be able to properly pronounce my own book’s damn name.

2. How did you come up with such a brilliant idea for this novel?

In the most ridiculous way possible.

Okay, so along with novel drafts and short stories and prose poems and unfinished screenplays and absurdly long movie reviews . . . I also write fanfiction. A few years ago, I wrote a semi-meta, angst-machine Mentalist story, and one of the lines in it was this:

“In the best stories, the classic stories, a hero isn’t a hero without a villain. A protagonist must have an antagonist. A nemesis is more important than a soul mate. There are other characters involved: sidekicks, victims, lovers, ghosts, but the tale is never about them. There is only hero and villain, black and white, good and evil, yin and yang.”

And when NaNoWriMo came up, I decided I wanted to write the “classic superhero goes up against arch-nemesis” story, but not from either of their POV’s. Instead, I wanted to write from the point of view of a sidekick, a victim, a lover, and a ghost.

I fully acknowledge that I am a ridiculous person.

3. What genre is this novel?

Urban fantasy. But with superheroes instead of private eyes and magical zombies instead of love triangles. (Okay, not all urban fantasy novels have P.I.’s and love triangles, but a disproportionate number of them seem to. I don’t knock the private detectives — I have three different short stories in my head that feature them alone — but I’ll admit, love triangles often bore me to tears, and overall, I’d be a lot happier if there were more urban fantasies that were less inclined to paranormal romance.)

4. When your work-in-progress is inevitably turned into a movie (with you writing the screenplay, of course) who would you cast as the main characters?

Ugh. Like I haven’t been trying to properly cast this book all year. Casting remakes is easy — casting your own work; Jesus, that’s hard. Still, I’m going to try and cast most of side characters too. Why? Cause I can. FLAGRANT RULE VIOLATION! (Also, you may see some familiar faces. What? I try not to cast the same actors in everything, but some of these people are very talented. I can’t help that.) 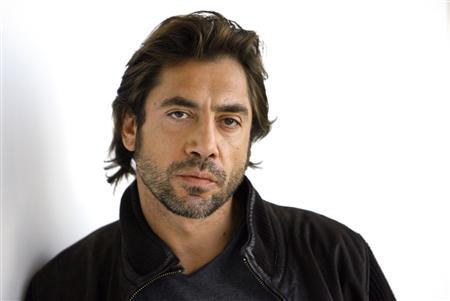 Supervillain. Can raise the recently dead for a certain period of time. Can also see ghosts, although everyone assumes he is crazy. Raised by his dead mother, Isabo, to seek vengeance upon anyone she deems could be even remotely responsible for her death.

Liam’s mother. Murdered by Jacky thirty years ago. Couldn’t leave Liam, so she stayed behind to watch over him. Has to avoid other ghosts, as most who stay behind go insane and turn cannibal. 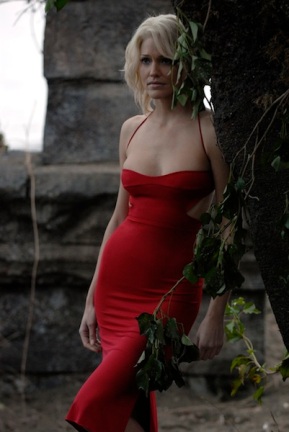 Jacky’s dead mother. Also one of those cannibal ghosts I mentioned. Would particularly enjoy the chance to eat Yesenia.

Medical Examiner for the Tierra Gris P.D. Considers herself one of the boys. Particularly good with a machete. Love interest for Aubrey. 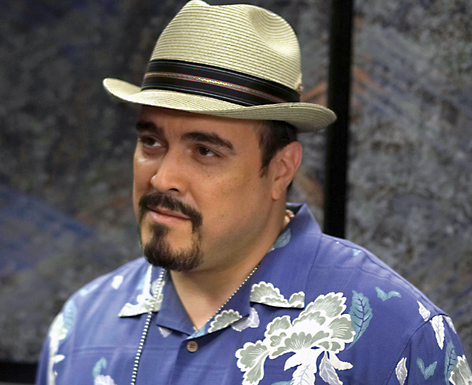 Chief of Police. Grumpy but relatively good-natured. Good working relationship with both Liam and Aubrey, although he doesn’t know their secret identities.

Sadly, my casting know-how is failing me when it’s coming to one of my actual POV characters. Child actors are hard as is, and as of right now, I know of zero Korean nine-year olds. Oh well.

5. What is a one sentence synopsis of your book?

When a necromancer escapes from the Sanitarium and starts targeting unusual victims, a superhero and his sidekick have to put aside the differences that are threatening to shake their partnership apart and figure out the madman’s plan before he can destroy the entire city. (Dun dun dun!)

(I feel obliged to tell you how hard it was to write that summary when I couldn’t name any of the characters. I mean, I could, but part of the problem with writing for NaNoWriMo is that I didn’t spend a lot of time researching preexisting Marvel or DC characters — I just picked superhero names that fit the powers I had given them and decided to worry about copyright later. Now, of course, it’s later, and I have at least three characters who I have to rename — and, of course, I’ve gotten attached to the ones they already have. Dammit.)

6. When everyone absolutely refuses to publish your book because both zombies and superheroes were getting old before you started writing, will you self-publish?

I don’t know. Maybe. I’ll admit, I’m pretty attached to that whole idea of the hardcover book with my name on it, but I know a little more about the realities of publishing than I did six months ago, and I think I’d rather see this novel read in some form than just take up space on my computer.

7. How long did it take to write the first draft of your manuscript?

I wrote the first 50,000 words in 30 days for NaNoWriMo. While doing so, I realized I had massively underestimated the size of my project, so after those 50,000 words were done, I just kept going, writing at a slightly less breakneck speed but still moving too fast to bother with things like “revisions” or “continuity.” So, in that way, I finished the first draft in about five months.

And I’ve been working on trying to fix the second draft and its gigantic plot holes and whole missing sections ever since.

8. What other books in the same genre will your story be compared to?

You know, I’m not sure that I’ve read a superhero novel that has quite the same tone as Tierra Gris. Which sounds very pat-on-the-back go-me-I’m-awesome, but it probably just means I haven’t read enough superhero novels yet. Now, if we’re talking graphic novels, though, then the answer is easy . . .

9. Who or what inspired you to write this book?

Batman. Any version. Every version. Okay, less of the cheeseball stuff, but seriously, I’m not even trying to be subtle about my Batman influences here. I mean, it’s not fanfiction — I have no shame about writing fanfiction, but I also know the difference — but one of my major characters came to life because I wanted to know what Martha Wayne might think about her son and his chosen career, especially since anytime Bruce is upset about his parents, he seems to be specifically upset about his daddy. And lest anyone thought I wasn’t aware of the similarities, I paid homage with pearls!

If I had to pick a specific Batman story that influenced me the most, however . . .

. . . although that, actually, wasn’t a conscious choice. I didn’t realize it until after the first draft was completed. And I was like . . . oh.

10. Finally, what else about your book might pique interest?

Ghost duels. Flirting over dead bodies. Shamelessly unrealistic gothic orphanage. News, tabloids, and speculative origin stories that all come in comic book form. Battles over rooftops AND in abandoned warehouses. Psychosis. Devotion. A city that can only grow gray plants because of Reasons. Characters dealing with genre tropes without completely breaking the fourth wall.

If none of that sounds like your cup of tea . . . too bad. Read it anyway.

And now it comes to my turn to tag people. Okay.

The best thing about completing this survey? Cory made me a cartoon!