This year, my friends decided to dress up as steampunk Batman villains for Halloween. Well. Most of us. Some of us didn’t dress up at all, whereas others — me — had considerably less steam and goggles and considerably more wigs and painted automatic rifles. Still.

Considering I’m such a giant Batman nerd, I’m sure you’re all very interested to know what Batman villain I chose to portray. Well, I’ll tell you: the bad guy no one’s ever heard of.

This is Red Claw.

You almost certainly don’t know Red Claw because she doesn’t appear in either the films or the comic books. Red Claw was only a recurring villain in Batman: The Animated Series, and then only for three episodes. To be fair, when I chose her, I just assumed she was a villain in the comics as well, and I just hadn’t come across her yet. Red Claw was voiced by Captain Kathryn Janeway, though, which amuses the hell out of me. 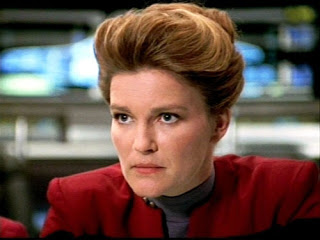 Next year’s Halloween costume, perhaps? Bonus points if I can get the Bun of Steel to work.

Shall we away to the pre-show?

Getting into girly clothes is hard work. Don’t let anyone tell you otherwise. It’s usually at least a two-woman job.

Catwoman holds my cat. Incidentally, this little kitten’s name is Bane. Her brother’s name is Nygma, so it’s really unfortunate that I didn’t have the boys come over to get ready at my house as well . . .

. . . or we could have had Bane snuggling with Bane and Edward Nygma cuddling with Edward Nygma. Oh, missed photo opportunities.

We have Harley Quinn and Poison Ivy, respectively. Also . . .

Penguin ala Burgess Meredith. I adore the monocle and the little white gloves.

As for me, here’s a  vertical by vertical comparison.

I want you all to know, that skirt was a bitch to walk up stairs in. There are way too many stairs in my life. (Although it did have pockets, and pockets are a lifesaver.)

Also, because it just annoys me that my holster isn’t showing . . .

It’s my blog, right? As many pictures of me as possible!

Oh, fine. Some people may have bowed out of the whole Batman idea, but considering I like them, I suppose they can still appear on this fabulous website.

This is Spencer as Spencer.

As for Norah, I’ve made the executive decision that she is one of Catwoman’s cats. 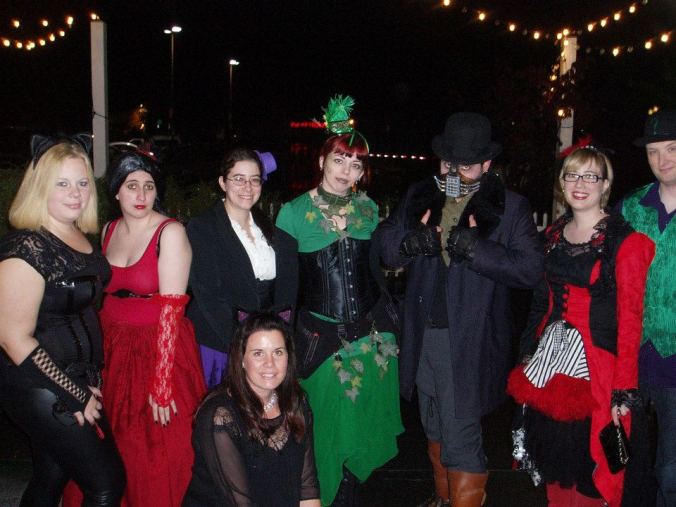 And finally, for your viewing pleasure . . .

Until next year, Halloween. You remain my very favorite holiday.