1. While I really would have preferred Tina Fey and Amy Poehler, Seth MacFarlane wasn’t as bad of a host as I was expecting. Not every joke landed, but I thought a decent number of them did, and anyway, it would have been very hard to be a worst host than this guy: 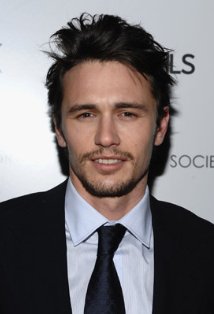 2. That being said, the ceremony itself? Way too long. I had to record the program and fast-forward through half a dozen things so that I could get to work on time, and it still seemed to drag. The opening act wasn’t terrible, but how long did it go for? Twenty minutes? Thirty? Frankly, I don’t know how many people would actually be upset if we cut the opening portion of the show entirely, but if we just have to do it — can’t we take a cue from SNL and keep it around the three minute mark? Five if you must.

3. There weren’t a ton of huge surprises here — personally, I think the biggest one was Ang Lee winning over Spielberg for Best Director. (I don’t much care. I haven’t seen either of the movies — per usual, I haven’t seen most of the nominated movies because I’m a failure.) But I did like that the awards were fairly spread out — Argo got Best Picture, Editing, and Adapted Screenplay, Life of Pi got Best Director, Cinematography, and Original Score, Django Unchained got Best Supporting Actor and Best Original Screenplay,  Silver Linings Playbook got Best Actress, etc. I think the only Best Picture Nominee that was completely shut out of EVERYTHING was Beasts of the Southern Wild. 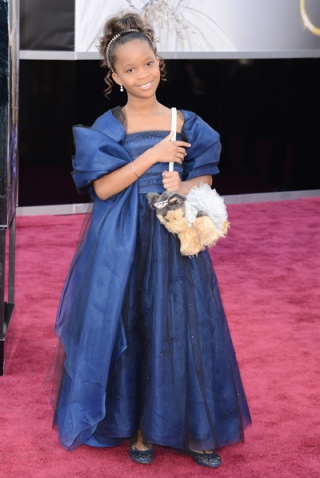 Sometimes, I think people make a little too big of a deal about age appropriate dresses — particularly with older actresses — but this makes total sense for a little girl. It’s this whole tiny elegant dress, but she’s wearing no makeup and she has a little puppy purse with her. It’s perfect. 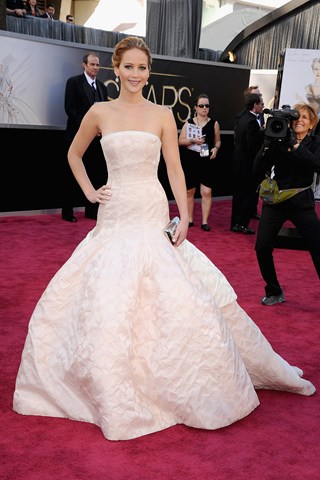 If I could — which I can’t — I would totally wear something like this. 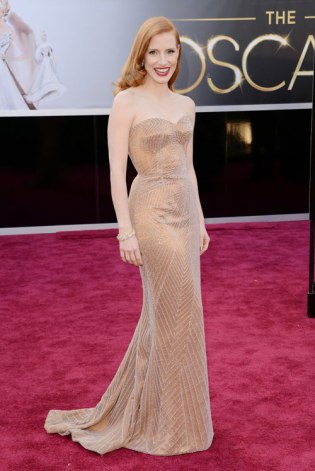 This dress probably should have washed her out but didn’t. It’s a total Oscar dress and looks great on her. 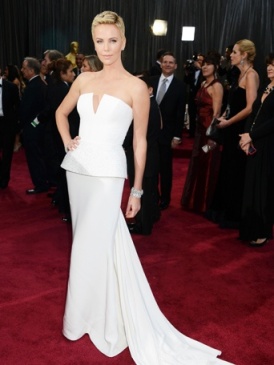 I feel like I might have liked this a tiny bit better if her hair was dark, but I still think it looks really good on her. Any bitch who can actually pull off a peplum . . . ugh. 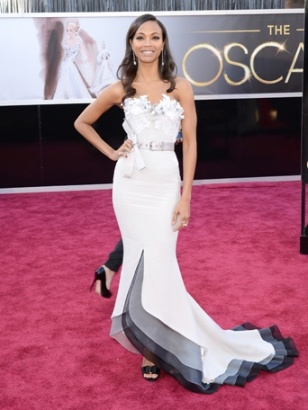 I feel like I shouldn’t like this — it’s definitely unusual and it’s got a lot going on — but I don’t know. I think Zoe Saldana rocks it anyway. 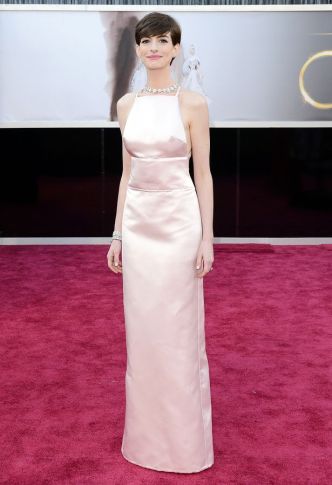 The shape of the dress isn’t so bad, but it makes her boobs look funny, and it’s hard to really notice anything but her nipples. 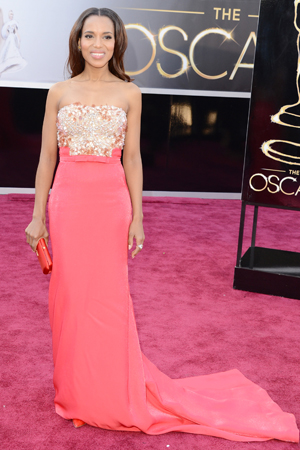 Everyone seems to love this dress, but . . . I just think that top is kind of ugly. 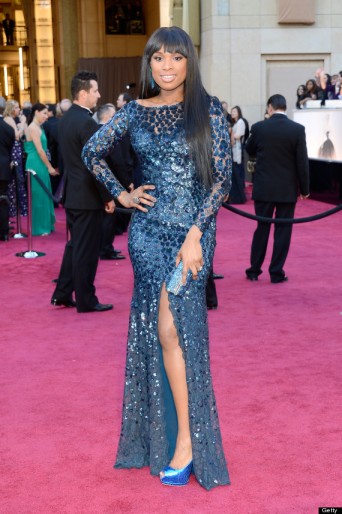 I don’t know if there’s a right way to do a blue fish scale dress, but this wasn’t it. It just looks kind of Vegas tacky to me. 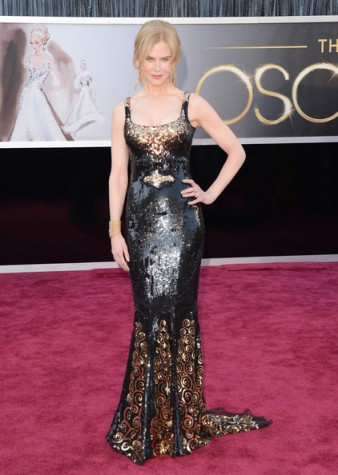 I am not a big fan of sequins AT ALL, but I might have been able to get over the top of this dress. . . and then I saw the bottom. 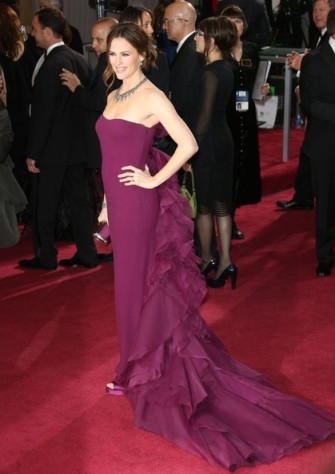 This is a gorgeous color, but what the hell is all that foofy shit on the back? It’s awful.

6. You know I do kind of like the idea of the Oscars having a theme, specifically one where they celebrate a different genre of film each year. (I would particularly like it if they made a real tribute to horror, not that bullshit montage they did a few years ago where they highlighted some of the worst horror movies ever — plus Twilight — because some A-listers had once been in them.) But still, I don’t think the celebration of musicals really worked all that well here. The whole show felt a little awkwardly patched together for some reason.

7. I forgot to mention — there was actually a tie this year for Sound Editing. I don’t know if I’ve ever even seen a tie at the Oscars before.

8. Finally, my biggest disappointments of the night are all because of Life of Pi, naturally. I was really rooting for Roger Deakins to win Best Cinematography for Skyfall — how has this man NEVER won an Oscar? It’s unbelievable. But it’s the Visual Effects one that really annoys the hell out of me. 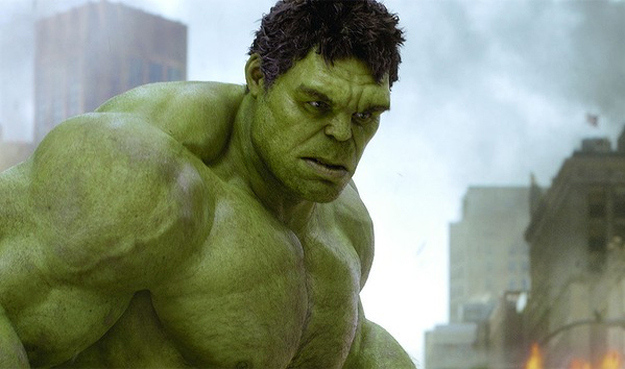 It’s okay, Hulk. Don’t be sad. I still love you, even if the Academy doesn’t.