When I talk about blasphemies on this blog, I’m generally talking about movies, but I certainly have my fair share of book blasphemies too. In particular, there are a decent number of beloved classic fantasy novels or series of novels that I either actively dislike or just never connected to, which might not mean much if I primarily wrote romantic westerns in the vein of Joan Wilder, but considering I’m a speculative writer who heavily favors fantasy . .  . you know, it seems like a bigger sin.

But sins are best when shared, right? So, I present to you a list.

The Lion, The Witch, and the Wardrobe – C.S. Lewis 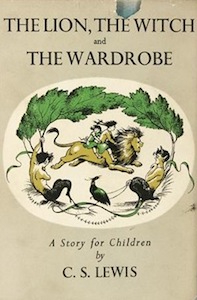 Part of the problem here might have been age. Most people presumably read The Chronicles of Narnia when they’re still in their single digits; I received it as sweet sixteen present and muddled through two books before quickly giving up in the beginning of Prince Caspian.

I actually didn’t mind The Magician’s Nephew too much. You’d think at sixteen I’d have been old enough to grasp the whole Christian allegory thing, but to be perfectly honest, I never did — for someone who grew up in a town where the church to bookstore ratio is something like seven to nothing, I really had a very tenuous grasp on Christian mythology and was pretty unfamiliar with either of the Creation myths. So I thought that watching the whole formation of a world was actually pretty interesting. I was less impressed with the Jesus Allegory Lion.

I didn’t hate The Lion, The Witch, and the Wardrobe, but I sure was bored by it. I didn’t really care about any of the kids, and I seem to remember thinking Edmund’s betrayal came off as contrived and annoying. When I finished the book, I couldn’t understand why everybody loved it so much, and I only gave Prince Caspian a half-hearted effort before giving up on the whole thing altogether.

The Dragonriders of Pern – Anne McCaffrey 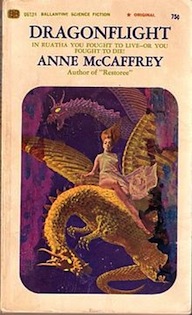 (Yes, I know these are SF stories, but I’m also counting them as fantasy because, you know. Dragons.)

People who are gasping in horror now — I’m sorry, I don’t have much justification to offer you here. I actually did try out the Pern books at the appropriate age, but I’m afraid that the reasons for my dislike are long since lost to me over the past twenty years. I know that, as an author, Anne McCaffrey didn’t seem to do much for me as a kid — I distinctly remember not being a big fan of Acorna, either. (Although I feel like I might’ve even liked that better than The Dragonriders of Pern series, which must have totally horrified me, as I was never particularly partial to unicorns and very much considered them to be things that Other Girls Liked. {Also in this list: dolphins, beads, stationary.})

I remember wanting to like this series — when your last name is St. George, you do tend to gravitate towards dragon fiction — but I just didn’t for some reason. (As a side note, it’s kind of unacceptable that I haven’t read Naomi Novik’s Temeraire series, right? Maybe I’ll get on that later this year.)

The Wheel of Time – Robert Jordan 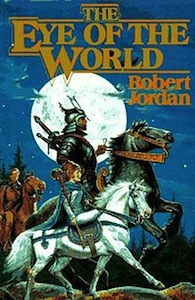 When I was about 13, my friend Brook and I exchanged our favorite fantasy series. Neither of us were much impressed with the other’s choice. (My series, if you’re interested, was The Belgariad. I read it when I was eleven, and it was a Big Deal to me. If you read it when you’re older . . . or if you’re a more sophisticated reader, as Brook certainly was . . . the writing does often leave a little to be desired in certain places. I will always love it, though. Silk still remains one of my favorite characters of all time.)

Brook liked The Wheel of Time, though, and I suffered through, I think, five books of that before I gave up. I remember very little about the universe now — like, I couldn’t give you even a basic plot description of the first novel — but I do know what I hated about it: the characters. I disliked everyone in these books. I especially disliked Rand, the main protagonist. For years, anytime I came across a character who I found insufferably whiny, I called him Rand. My actual favorite character was Mat, and even Mat was a total asshole — I suspect I just picked the snarkiest guy in the book so I would have someone to root for. Eventually, that wasn’t enough, and I gave up on the series entirely. 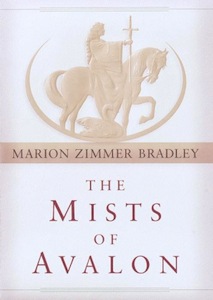 It’s hard to talk about this book right now, considering all the controversy surrounding it and its author. In a way, I’m grateful that I didn’t love this one like I was supposed to, because I’m not faced with the same moral quandary: can you still love a story that means so much to you if the author who wrote it did some truly unspeakable things?

I never actually finished reading The Mists of Avalon. I started it twice in middle school and gave up on it, presumably distracted by other, shinier books, but in high school, I was determined to make it through. And I was doing it, too; I got halfway through that fucker before I just. Couldn’t. Do it anymore.

I cannot properly express to you how much I hated reading Gwenhwyfar’s POV. I despised her. I loathed everything about her. If she had spontaneously caught fire in the middle of the book for no apparent reason, I would not have cared how much that would’ve changed the story; I would simply have laughed. Gwenhwyfar was such an unlikable character that I abandoned a book that I’d already read at least 400 pages of, and generally, if I’m over a 100 pages into anything, I’m going to finish that story. Like, I can’t actually think of another exception to that rule EXCEPT The Mists of Avalon. 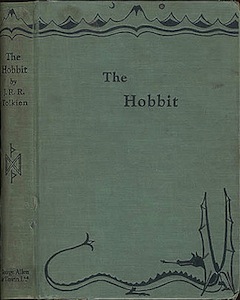 Like The Chronicles of Narnia, I suspect I didn’t read The Hobbit until too late because I didn’t finish this book until I was eighteen. And like Narnia, I couldn’t understand why people loved it so much. That a bazillion people DO love it is certainly undeniable, and I’d never try to make them feel like shit for loving it just because I couldn’t see the appeal, but . . . I still really don’t see the appeal. (And the movies aren’t helping me out any. Stupid movies.)

Overall, I found The Hobbit pretty dull. I didn’t care much about the dwarves. I know I actively disliked Bilbo, and the only character I did find even a little interesting was Gandalf — which was basically my impression when I skimmed through the LOTR books, too. (I didn’t add the trilogy to this list because I never gave it a very serious chance. I just flipped through the books after seeing the Peter Jackson movies, all the while thinking to myself, How can I like everyone in the films and be so freaking ANNOYED with everyone in the novels?)

What about you guys? Do unlikable characters consistently get you down, too? What are novels that you never particularly liked — and no need to stick to just fantasy. I’m interested in book blasphemies in every genre.

9 thoughts on “5 Beloved Fantasy Books That I Never Liked”