The results are in, and they’re pretty much unanimous. The movie I will be giving a second chance to sometime before April is . . . 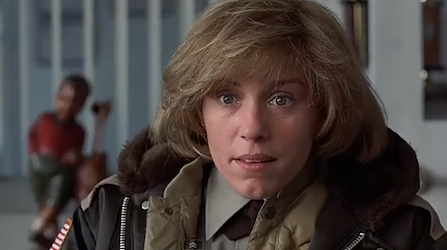 In case you’re curious, I didn’t actually hate this movie on the first watch. There were even aspects that I enjoyed, like the woodchipper or basically anything Frances McDormand did. But people love this film and, on the whole, I was fairly underwhelmed. We’ll see if a second viewing makes me appreciate it more, or blaspheme even harder.

Honestly, there wasn’t much in the way of competition here. Halloween received three votes, The Descent two, and Lost in Translation received only one. Total Loser Award goes to the original Dawn of the Dead, which received nothing from anyone and means I get to keep watching Zack Synyder’s remake in peace.

I probably won’t watch Fargo right away — I’m currently working on two reviews already, and anyway, procrastination is key — but if I don’t watch and review it by April 1st, then some kind of terrible movie Punishment will have to be inflicted.