I’ll probably never be, like, an Authority on Comics — nor do I have any particularly deep need to be one — but I’ve really been getting into graphic novels the past couple of years. (Trades, primarily. Let’s be upfront about that. I wildly prefer reading trades to single issues.) One of my favorite comics right now is Saga by Brian K. Vaughan and Fiona Staples, and if you haven’t read it, Saga is one joyful mindfuck of space weirdness. It will never be made into a movie or TV show. I can’t even imagine what a translation of it would look like, not to mention Vaughan’s been pretty firm about keeping it out of Hollywood. I’m not sure I’d even want to see someone attempt it. And yet we dream-casted it anyway. Cause that’s what we do around here. 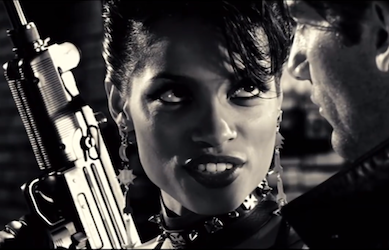 Mek and I have been idly tossing back and forth casting ideas for months now, but Rosario Dawson was a pretty immediate lock. I don’t know what it is about her, but she has so much force of presence, and I can easily see her playing this romantic, sexy, badass mom and ex-soldier. Some actresses, I think, might try to paint Alana as either All Serious or super girlish and annoying, but Alana is the kind of character who can be violent, funny, and find inspiration in trashy romance novels. She’s a pretty great character, and I’m sure Rosario Dawson would be excellent in the role. 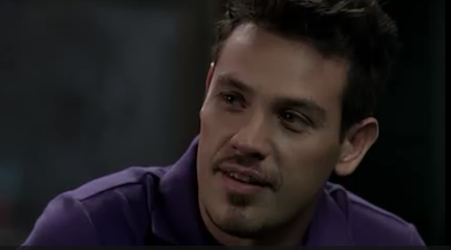 Kevin Alejandro is one of Those Actors — you know, the kind that pop up all the time on TV but usually as a recurring guest star, rarely main cast? (Honestly, a lot of this cast fits that bill, so much so that I’ve been playing with the idea of making a list of actors I’d like to see in bigger roles — call it ‘Always a Bridesmaid, Never Main Cast’ or something.) Anyway, I like the guy, particularly for the work he did as Jesus in True Blood. Jesus had a nice affability to him that I think could work particularly well for our funny pacifist Marko. Also, if there’s any way I could get Marko to say brujo for some reason, guys, I’d pay money to see it. I don’t know what it is — no one has ever said brujo as emphatically as Alejandro does. It cracked me up every single time he did it in True Blood.

Izabel might be my favorite character in Saga, which is probably why we struggled so hard trying to find someone for the role. But I enjoy Bex Taylor-Klaus immensely (in Arrow, iZombie, The Librarians, etc.), and though Izabel’s a great deal, er, pinker than Taylor-Klaus’s usual roles, she’s spunky and sarcastic as hell and just a lot of fun. And, like Kevin Alejandro, I’d really like to see this actress in a main cast somewhere, preferably on a show that didn’t utterly suck. (So, don’t fail me, Scream.)

You know, it’s harder than you’d think, casting a robot prince with a TV for a head. You’re automatically casting for voice, not expression, but the dude’s also a chief antagonist who’s rocking a hardcore case of PTSD, so you do want someone with a bit of range. Perhaps I was thinking of Picardo’s work in Justice League (where he voiced Amazo, an android who assimilates everyone’s superpowers), but as soon as I thought of him, I was like, “Finally, I got it.”

I think I first saw Tahir in Iron Man, but he really impressed me in Star Trek, mostly because he only had about two minutes to make me care about him, and I did. And then I enjoyed him as Adwin Kosan, one of the regents in Warehouse 13, and I’m like, “You know, this guy is kind of awesome. I am officially ready to see him in bigger, more complex roles. Like an assassin who’s on a quest for revenge with a giant cat that always knows when you’re lying. Yeah, that’d be cool.”

Apparently — and I only just found this out — Lying Cat is female, something I either didn’t notice or completely forgot while casting. I’m going to go ahead and stick with my original choice, though, because Mekaela and I didn’t even have to discuss this one. My immediate instinct was to cast Keith David, and when I asked Mek, “Hey, you have anyone in mind for Lying Cat?” she instantly replied, “Keith David.” Mek and I agree on a lot, but this kind of ridiculous synchronicity is usually summed up as ‘fate.’

I know I fall back on Naomie Harris a lot, probably more than I should, but I can’t help it — I just like this woman. She won my heart forever in 28 Days Later, and nothing I’ve seen her in since suggests that her total badassary as Selena was some kind of one-off. Gwendolyn is completely in Harris’s wheelhouse, and I just know I’d enjoy the hell out of her performance.

I’ll be honest here — I’m really only familiar with Ivonne Coll from Teen Wolf, but I liked her in Teen Wolf (her performance was always solid and intimidating, even if some of her material was silly) and I definitely think she could play this pissed off, stubborn, warrior who’s contemptuous of her son’s pacifist ways and downright eager to engage in some bloodshed and do what needs to be done.

Okay, Reed Diamond could probably play this role in his sleep, but — fuck it, I like Reed Diamond, and he seems like he could be a good fit for the arrogant, snarky agent. Anyway, he seemed a touch less obvious than Mark Pellegrino. 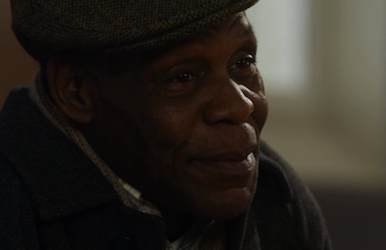 Because when you think an old man who’s a trashy romance writer/secret pacifist revolutionary who’s also a cyclops, you think Danny Glover, don’t you? Sure you do. 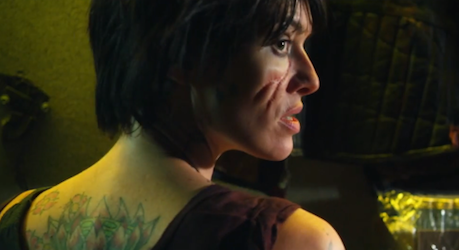 The Will and The Brand are siblings, and yes, I’ve cast actors from different ethnicities — because these are the actors I like best, and you know, why not? There are a bazillion families who don’t have the same skin tone — hell, my family doesn’t have the same skin tone, which is particularly noticeable in summer when my ghostly pale ass stands next to my mother. And dude, Lena Headey would ROCK IT as The Brand. Of this, I have no doubt. 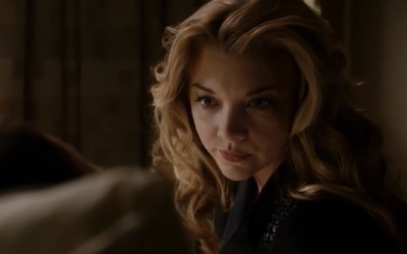 Because look at this picture and tell me she wouldn’t be AMAZING.

That’s all for now, kids. If you read Saga, let me know some of your own casting choices, particularly if you have someone for Sophie. I couldn’t think of anyone for her.