You’ve all seen this, of course. The whole teaser is fun, like, there’s so much going on: holy shit Mjolnir, and all the goddamn iconic hats and headpieces, and the teeny-tiny glimpses of Idris Elba and Karl Urban. Not to mention, I can’t decide who I’d rather cosplay: Cate Blanchett, Cate Blanchett, or Jeff Goldblum.

But it’s Thor’s absolutely perfect reaction to seeing Hulk in the ring that completely sold me on this movie. I figured I’d probably watch it in theaters, having seen the prior two Thor movies there . . . but I wasn’t particularly excited about it. Now I’m like, “Wait, HOW long do I have to wait for this movie? I NEED JOY IN MY LIFE.”

Speaking of joy in my life.

This trailer looks immensely fun. Beating someone in the back of a car with a shoe really oughta be on my list of life goals. There are so many awesome looking fight scenes here, and Charlize Theron seems particularly badass. I’m all for her and James McAvoy having a comedic dynamic, but I’m really hoping it doesn’t actually take a romantic turn: she seems way too badass for him, and I’m much more interested in the Atomic Blonde/French Operative ship. (Please don’t actually die in that scene where it totally looks like you die, Sofia Boutella.)

I could definitely watch this one in theaters. It looks pretty great.

Warnings: Red-band trailer, mostly for a bunch of curse words that I’m absolutely sure you’ve never heard or spoken yourself before.

This is . . . interesting. It appears someone had the idea to pair Peak Samuel L. Jackson with Peak Ryan Reynolds and wrap them together with Whitney Houston’s “I Will Always Love You” from The Bodyguard. It’s . . . actually kinda spectacular, really, although I’m probably only so-so on the trailer itself. Some of the jokes made me laugh (particularly at “I hope they kill him; I really do” and “this guy single-handedly ruined the word ‘motherfucker'”), but I’m not entirely convinced that the joke won’t run out of steam in the first 20 minutes. Interested, but probably as a rental.

On first blush, it looks pretty decent. Hard to judge Pennywise, considering he doesn’t actually talk in this clip. I don’t mind them going a more traditionally scary clown route–like, you aren’t going to surpass Tim Curry, so don’t even try to imitate him–but Pennywise absolutely must have an actual personality, so it can’t all be dark makeup and super quick monster crawls in the sewers. Little Georgie’s pretty creepy, though.

One way or another, I’ll see this. It is my favorite Stephen King novel (except for, you know, THE SCENE) and I get endless joy out of how simultaneously both brilliant and atrocious the 1990 miniseries is. But I’m not quite pumped about this just yet. Mostly, I wanna compare the terrible adults from the miniseries to the adults in this remake . . . but sadly, I won’t get to for a while, since we’re saving them for the sequel, a decision I completely understand but am a little bit disappointed by regardless.

I have virtually no idea what the hell this is about, but it’s colorful and weird and I’m interested. (I still need to watch A Girl Walks Home Alone At Night. I’m so behind on all the must-see horror films.) I don’t think I know the actress playing the MC, but I do recognize Jason Momoa and Keanu Reeves and Giovanni Ribisi, and hey apparently Diego Luna’s in here somewhere, and–holy shit, that’s Jim Carrey?!

Meanwhile, IMDb is giving me this synopsis: “a dystopian love story in a Texas wasteland and set in a community of cannibals.”

I knew I’d watch Mad Max: Fury Road because I’d already seen all the other Mad Max movies — and, well, Tom Hardy. Hardy won my heart in Inception (him and JGL, anyway), so I’m always excited whenever he pops up in something I actually have interest in. Plus, my Twitter feed has been blowing up about this movie since it first came out, and I just knew I’d have to see it for myself. So, on Monday, I finally did.

The action. Oh, you guys . . . the action in this movie is godamn glorious.

END_OF_DOCUMENT_TOKEN_TO_BE_REPLACED

I’ve never read The Maze Runner and I didn’t hear particularly good things about the movie. And yet I watched it anyway and we all know why: Stiles.

The thing is, The Maze Runner actually has a decent amount of potential. Unfortunately, it fumbles that potential pretty hard all throughout the film.

END_OF_DOCUMENT_TOKEN_TO_BE_REPLACED

Mekaela and I have designated this November as Mystery Month, for reasons that I’ve already forgotten. So it seems the right time to jump back into those noir films I’m continuously behind on. 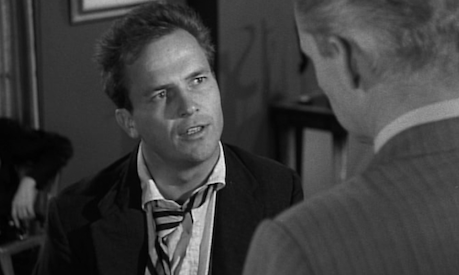 I like parts of Kiss Me Deadly. But it’s definitely not one of my favorites.

END_OF_DOCUMENT_TOKEN_TO_BE_REPLACED

So, I’ve wanted to see Snowpiercer for, shit, two or three years now? I can’t remember exactly when I first heard about it, but it’s been a long time coming, I can tell you that. So over the weekend, Mekaela and I finally watched it. 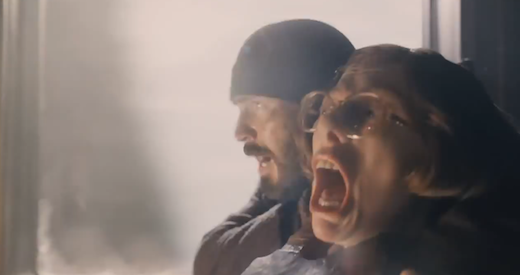 Parts of it are great, really great. But, unfortunately, I wanted to like this one a lot more than I actually did.

END_OF_DOCUMENT_TOKEN_TO_BE_REPLACED

So, I finally got around to checking out This is the End.

The reviews for this movie were surprisingly pretty good across the board, and ultimately, I agree with them.

END_OF_DOCUMENT_TOKEN_TO_BE_REPLACED

All right, folks. The Day of Reckoning has come. 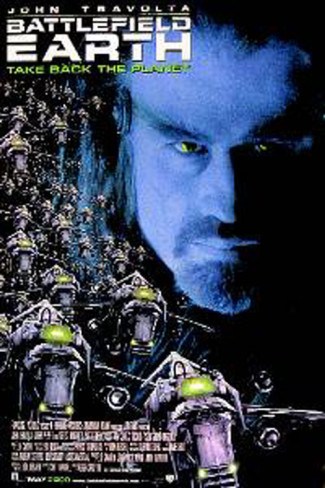 Some of you may remember that I failed last year’s horror film challenge and, as a result, invited you to choose my punishment movie. You chose Battlefield Earth because you’re horrible monsters, all of you.

Now that I’ve finally seen this movie, I feel qualified to say that nobody deserves this film inflicted upon them. No one.

END_OF_DOCUMENT_TOKEN_TO_BE_REPLACED 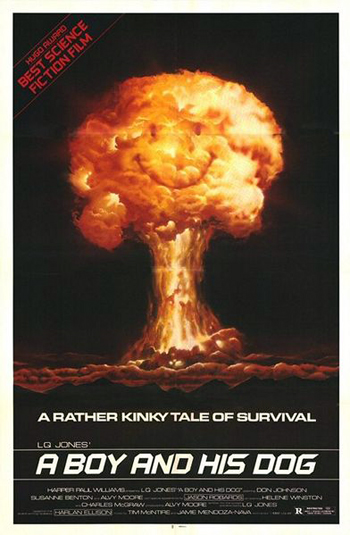