Obsessively watching Teen Wolf and Sheriff Johnny Cage reminded me of something last week: I have never actually written a review for Mortal Kombat. Mortal Kombat: Annihilation, yes. But Mortal Kombat itself? Nope.

This is one of my favorite guilty pleasure movies ever. Keep that in mind while I occasionally and lovingly rip it to shreds.

END_OF_DOCUMENT_TOKEN_TO_BE_REPLACED

Hunger Games: Catching Fire came out in November. I finally saw it last weekend . . . with about forty other slackers who randomly decided to also watch the film months after it opened. Bastards. One of these days I’m going to go see a movie with no one else in the theater but me and my friends. Alas, last Saturday was not that day.

On the positive side, I really enjoyed the hell out of Catching Fire.

END_OF_DOCUMENT_TOKEN_TO_BE_REPLACED

I finished reading The Name of the Rose a few weeks ago and decided I absolutely had to watch the 1986 film adaptation, mostly because it starred Sean Connery and Christian Slater as detective monks, and who wouldn’t want to watch that?

I’ll admit, I was kind of hoping it would be gloriously cheesy. Instead, it was just sort of . . . okay.

END_OF_DOCUMENT_TOKEN_TO_BE_REPLACED

So, my parents? Not real strict about what kind of movies I could watch as a kid. And by “not real strict,” I mean I don’t think there actually were any rules, not of any kind. To be fair to them, though, there probably didn’t need to be. I didn’t like scary things as a child, so if I was frightened by whatever they were watching, I excused myself to go play with my dolls. And honestly, I’m still a tiny bit baffled by parents who absolutely forbid their children from watching any rated R film, no matter what the story is actually about.

Still. This is not the kind of movie most kids probably watch at eight or nine years old.

Because I’m not willing to post a picture of what they do while swimming in that pool.

Besides being wholly inappropriate, Color of Night is just a terrible, terrible movie. Like it won a Razzie for ‘Worst Picture of 1994’ terrible. But the film’s long been a joke between my sister and me because, really, who else has childhood nostalgia for a movie that shows Bruce Willis in all his, uh, resplendent glory? So we decided to rent it from Netflix.

END_OF_DOCUMENT_TOKEN_TO_BE_REPLACED

Continuing on with bad horror films . . . 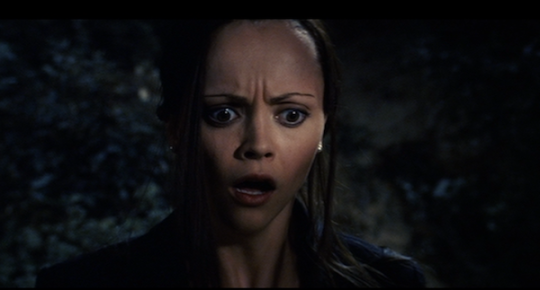 There’s a sliver of a decent movie somewhere inside Cursed, but it’s mostly buried under worthless characters, inconsistent humor, and a pretty weak lead performance from Christina Ricci.

END_OF_DOCUMENT_TOKEN_TO_BE_REPLACED

It’s time for another installment of Carlie is The Worst Little Trekkie in the World.

I finally got around to watching Star Trek: The Voyage Home. It’s . . . not my favorite.

END_OF_DOCUMENT_TOKEN_TO_BE_REPLACED

I’ve been on a pretty big superhero kick lately — even more so than usual — so I decided to try out a low-budget indie film called All Superheroes Must Die.

END_OF_DOCUMENT_TOKEN_TO_BE_REPLACED

Maybe a year or two ago, I was told that — as a fan of all things camp and cheese — I simply had to watch Flash Gordon. So I checked out the trailer.

END_OF_DOCUMENT_TOKEN_TO_BE_REPLACED

Many years ago, I watched the original Red Dawn. I know I did. I actually remember sitting down to watch it. And yet . . . and yet it’s like the entire experience was wiped from my mind, like something traumatic happened that my brain overwrote to protect itself. Aliens, I don’t know. The point is, it’s all gone.

At some point, I may revisit that past trauma. In the meantime, I decided to just watch the remake instead.

This probably doesn’t come as a shock, I’m sure, but it’s not very good.

END_OF_DOCUMENT_TOKEN_TO_BE_REPLACED 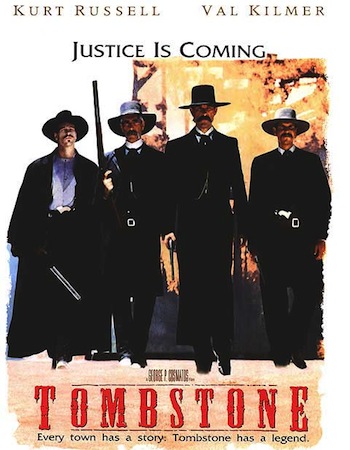 I watched Wyatt Earp a few years ago — I don’t even remember why — and I read Emma Bull’s Territory last year, so I figured I might as well add Tombstone to the list of westerns-to-watch this year. You know, really round out my various versions of the OK Corral and the Vendetta Ride.

Yeah. Not the best idea I’ve ever had.