Thanksgiving is a weird holiday, a stressful mix of good food, family dysfunction, and bullshit historical narratives. (Football and parades, too, if that’s your jam. FWIW, today also happens to be my birthday, and as you read this, I may very well be eating birthday cake instead of pumpkin pie. The sacrilege of it all.) Now when it comes to holiday movies, Thanksgiving obviously isn’t big business, not like Christmas. Still, there are a few films that might work well for annual viewings. You’re Next. Addams Family Values. Ready or Not, maybe. And . . . okay, that might be all I got.

Comrades, collaborators, potential enemies: may I present to you Knives Out.

END_OF_DOCUMENT_TOKEN_TO_BE_REPLACED

My sister and I have been watching old Hercule Poirot movies lately, as Tom–only completely wrong in his movie opinions about 80% of the time–informed me of their existence. Most recently, we watched Death on the Nile with Peter Ustinov, and while I don’t have too much to say, I thought I’d at least write up a few, quick impressions, if only because I’d like to post something this week, and I’m not done with my next gender-swapped movie essay yet. (Spoilers: it’s about a highly regarded horror film with some seriously problematic elements.)

On to the Baby Review!

END_OF_DOCUMENT_TOKEN_TO_BE_REPLACED

Lately, Mek and I have been on something of an Agatha Christie kick, so recently we checked out an adaptation of one of her novels–a novel, coincidentally, that neither of us have read: Crooked House.

There’s potential here. But there are some fucking weird directorial choices, too.

END_OF_DOCUMENT_TOKEN_TO_BE_REPLACED

I read my first Agatha Christie novel when I was eleven. By now I’ve read dozens, and while I always enjoy them, most have long since blended in my head, like half-forgotten Friends episodes or various bad Christmases. Murder on the Orient Express, however, is one of those mysteries that you never forget the solution to.

That being said, my interest in Kenneth Branagh’s take on the classic novel was mild. Perhaps Imagine Dragons wasn’t quite filling me with confidence, I don’t know. Still, Mekaela and I are suckers for murder mysteries (she’s an even bigger Christie fan than I am), so it’s probably no surprise that we decided to check out the adaptation last week, despite some reservations.

And it’s . . . okay? It’s serviceable. But it could totally be better.

END_OF_DOCUMENT_TOKEN_TO_BE_REPLACED

Last night, my friend, my sister, and I all went to the movies. We were there to see Atomic Blonde, which I’ll probably review next week; however, the true highlight of the night ended up being this trailer for The Snowman, a movie I’d never heard of before and now will never forget.

So, we begin with a woman walking by herself when, suddenly, a snowball hits her. She looks around, confused. Abruptly, we cut away to scary music and Michael Fassbender very seriously narrating about a murdered woman. Now, maybe I was already feeling a bit snarky because my friend and I both basically had the same reaction to that particular cut: what, was she killed with a snowball? Are we calling him the Snowball Killer or what? But I’m a sucker for murder mysteries and serial killer thrillers and Michael Fassbender’s manly jawline–well, I used to be, anyway but he’s so rarely in anything I’m interested in these days–so I shake off the silly start and prepare to give the trailer a fair shake . . .

And then Michael Fassbender, still in Serious Narration Mode, says, “He calls himself the Snowman Killer,” and oh my God, I totally lost it.

People. I was crying, I laughed so hard, and every time I tried to get my giggles under control, they’d have another ominous shot of a fucking snowman. (I’m not joking. There are at least three such Ominous Shots.) The worst, by far, is when the trailer cuts away from Intense Michael Fassbender saying, “He’s been watching us the whole time” to a snowman, situated just outside some window, seemingly stalking his prey. Mind you, I’m reasonably sure that this movie is a) not a comedy, and b) not centered around an actual snowman killer, but whoever cut this trailer did it so bizarrely that I’m actually not 100% certain. Which is a weird thing to say about a thriller starring people like Michael Fassbender, Rebecca Ferguson, J.K. Simmons, James D’arcy, Jamie Clayton, Toby Jones, Chloe Sevigny, and–according to IMDb–Val Kilmer. (Is it wrong to just automatically assume Kilmer’s the bad guy? Or maybe he’s the weird dude living in a cabin in the middle of the wilderness who Knows Something Important and later gets killed for it?) My point is, these are primarily well-respected actors, like, Oscar-respected. What the hell are they doing in Frosty’s Revenge?

It should also be noted that, when not focusing on ominous snowmen (new band name), this trailer works hard to look as generic as possible, like, here we’ve got The Lead Female sexily undressing as bait, and oh look, our masculine hero is out in the middle of nowhere, angrily yelling at a villain who, presumably, isn’t actually there. (I also inappropriately giggled through the bit where Michael Fassbender screams in anguish as he tries to break into a burning building. It’s just so overwrought.) I’ll admit, however, that most of this went unnoticed the first time I watched this trailer, since I was too busy wiping the tears from my eyes and, you know, trying to breathe.

Finally? Our masculine hero’s name, apparently, is Harry Hole. I mean, come on. How am I supposed to take that seriously? (To be fair, perhaps “Hole” is pronounced differently, as I see this is set in Norway, or at least the book it’s based on is. Still. I’m saying the name “Harry Hole” is not helping me subdue any of my juvenile giggles.)

First, let me just go ahead and put this on the record: I absolutely refuse to watch a trailer for the deleted scenes of a movie, even if that movie is The Force Awakens. And no judgment on you if you did! Just, I can’t do it. I can’t. STOP TRYING TO OWN MY SOUL, STAR WARS.

Now. On to some other trailers.

I read this book, and it was one of those stories that I loved in concept but not quite in execution. When I heard Tim Burton was going to adapt it, I fully admit I groaned because I seriously doubted he would solve any of those execution problems for me. I used to love his movies, or at least be interested in them, but lately every time I watch a Tim Burton trailer, I feel like I’m getting something I’ve already gotten from him repeatedly, and I want something new. His recent work often seems like it’s trying too hard to be strange, and I feel like it’s lost the peculiar charm that his earlier movies held.

But I’ve got to admit: this trailer actually works pretty well for me. The visuals look lovely, not cartoonish. My inner child has been successfully summoned; it desperately wants to go to this odd house with all its weird and wonderful magic. (My inner horror movie enthusiast, meanwhile, would be horrified–the twins remind me way too much of the kid from El Orfanato.) I don’t know how good the movie will actually be, of course, but I’m far more interested than I was a month ago.

I’m going to admit something right now: I’ve never seen (nor particularly wanted to see) the original Ben-Hur. In fact, I virtually know nothing about it at all, like I could not have described even a basic plot synopsis for you before today. So, certainly, the levels of cinematic blasphemy on display in this trailer are going over my head, but even as its own independent feature, this just . . . looks bad. Like, really bad. It basically seems like a dumber version of Gladiator and, upon reflection, was Gladiator really all that bright? Think I’m going to pass on this one, and by pass, I mean hold it off with fire and my fingers making the sign of a cross.

Oh, this looks pretty fun. It wasn’t anywhere on my radar–I literally just clicked it because it was on a list of Most Recent Trailers–but I love offbeat funny PI stories, and I know from Kiss Kiss Bang Bang that Shane Black can make those stories sing. Plus, I generally enjoy Ryan Gosling, and–despite what this year’s Academy Award ceremony gave us–he looks to be pretty funny paired up with Russell Crowe. I’m definitely interested in checking this out.

Originally, I had little interest in The Lego Movie and only saw it because I kept hearing such great things about it from virtually everybody. I found the movie delightful beyond any and all expectation, and Will Arnett’s Batman, of course, was one of the film’s many highlights. So I will undoubtedly watch this at some point (like I’ll watch basically anything that has ‘Batman’ in the title), but I can’t help but wonder if this particular version of Batman might work better in a team rather than headlining a movie? I’m just hoping it doesn’t become one of those 90-minute films that basically tells the same joke over and over again.

Then again, I just looked at the cast list and was like HELL YES when I saw Rosario Dawson was voicing Batgirl. And I did smile pretty much all throughout the trailer, even if I was like . . . wait, the Bat Computer talks? The Bat Computer is Siri? We better not be editing out Alfred for a poor man’s JARVIS, you bastards. (Luckily, I’ve since confirmed that we aren’t. Alfred will be voiced by Ralph Fiennes. I hope he’s deliciously snotty.)

This trailer came out a while ago, but I must have missed it the first time around. It looks intriguing. Basically Snowpiercer if it wasn’t on a train and had Loki instead of Captain America. The film looks gorgeous and the cast is spectacular, but I’m wondering if this is going to be one of those movies where I either despise everybody, or arrive at the end and wonder what the hell I even bothered watching it for.

Still. I’m curious about this one. I’d definitely like to see some reviews.

The Syfy original Weird Western featuring basically every 90’s boy band vs various members of the undead that you didn’t know you wanted, needed, or could possibly exist on this Earth. Isn’t it glorious?

Back to our Best Picture Winners . . .

END_OF_DOCUMENT_TOKEN_TO_BE_REPLACED

It feels like cheating to write up a Baby Review for my last official noir of the year, but I’m not sure I have much to talk about here. (Also, I may be cheating.) 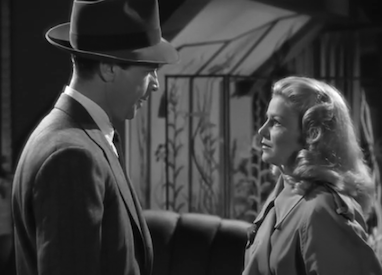 Despite the lack of depth I have to bring to the table, though, I really enjoyed Murder, My Sweet.

END_OF_DOCUMENT_TOKEN_TO_BE_REPLACED

Mekaela and I have designated this November as Mystery Month, for reasons that I’ve already forgotten. So it seems the right time to jump back into those noir films I’m continuously behind on.

I like parts of Kiss Me Deadly. But it’s definitely not one of my favorites.

END_OF_DOCUMENT_TOKEN_TO_BE_REPLACED

I didn’t find my way to Veronica Mars until after the television show ended, unfortunately, but I’ve been a fan for years. Naturally, I was ecstatic when I heard about the Kickstarter project to make it into a movie, and over the weekend, I finally got around to watching it.

It’s not perfect — there’s actually a surprising amount that I’d like to change — but I had a pretty good time watching it anyway.